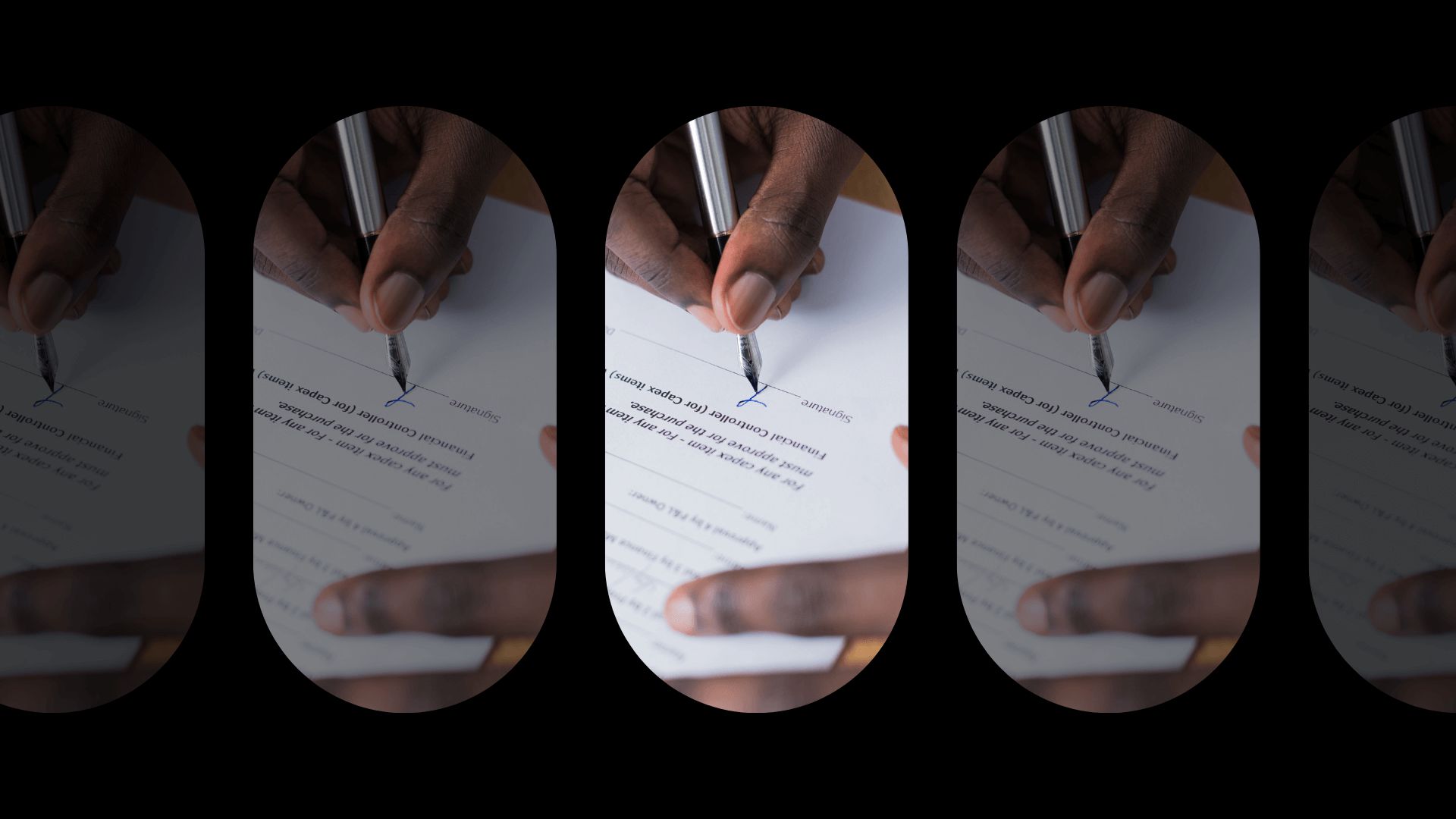 Red Flags To Look Out For Before Signing A Music Agreement

Music Attorney Kyle Brown dives into 5 red flags that every musicians should look out for before signing a deal.

You’re likely going to be approached by many people when you’re in the process of signing a record deal, and as a music attorney, I'm here to assure you that having a million questions is a part of the process.

If you came to me abruptly asking which red flags to look out for before signing a deal, I could easily spout off a million different things to keep in mind, avoid, or be wary of. While I don't have the years of time needed to write a full list of those million little things, I'm presenting you with red flags that may seem small, but in the long run could have a profound effect on your future. While this is not meant to be legal advice, the context of my recommendations takes into consideration that music industry revenues are expected to grow from $60 billion to around $131 billion by 2030. (Source: Goldman Sachs) Let's dive in.

5 RED FLAGS TO LOOK OUT FOR

1. You have the same lawyer as the person signing you

Most people don’t realize how important it is to make sure that your lawyer is ONLY your lawyer. If someone comes up and recommends a lawyer to you, then it's important that you make sure this lawyer is not the lawyer of the person that you’re potentially doing business with. Attorneys are taught to avoid these conflicts of interest, but sometimes these conflict checks fall through the cracks and suddenly you’re stuck in a contract that was not negotiated as hard as it should have been.

Many producers and artists tell this story and often have the battle scars to prove it. Always keep your head on a swivel for this. Moreover, it is equally critical that when you’re doing your search for your lawyer, you find people that actually specialize in the area of entertainment law and that understand the nuances of negotiating a deal revolving around your music business interests. Producers and artists often forget, THE LAWYER WORKS FOR YOU AND NOT THE OTHER WAY AROUND. This means that while it’s their job to provide you with the most knowledge and insight, it’s your job to make the final decision. With that being said, you want to make sure that you have as much information as possible when making a final decision. Therefore, getting an entertainment lawyer that does not also negotiate on behalf of your contractual opponent is very critical.

2. You’re giving up rights to your masters, publishing, merchandise, and touring in one deal

I review many contracts on a daily basis, and I've found that 360 deals are becoming more and more prevalent. Rising producers and artists meet someone in their local town or region and get star-struck. Without abiding by step one, they sign a deal. Little do they know that this deal has made them transfer more rights than they even knew they had. They have transferred over ownership of all their master recordings and when their song starts to take off, they have no ownership rights.

Furthermore, they have signed an exclusive recording agreement, which prevents them from offering their services to anyone else. Now they can’t do a deal, but must be subservient to the owner of all their rights and essentially take what they’re given. Producers and artists have also failed to realize that they are also a songwriter. They have assigned over ownership of their publishing and administrative rights to all the songs that they have created for a specified amount of time. Now there's no way for them to collect publishing for themselves or enter into an administration agreement that allows them to collect their publishing.

Lastly, they have given over rights to the sale of their merchandise and tickets sales from touring. In the words of my grandmother, never put all your eggs in one basket. This diminishes the leverage that you have to create deals and likely decreases the value of all of your rights. In a perfect world, artists should be wary of agreements that combine master recordings, publishing, merchandise, touring, and management. It’s more beneficial to separate these things out and negotiate a deal on each thing. This is known as separation preparation.

3. The Deal is longer than two years or two projects

We can learn a lot from athletes and how they negotiate - from football players, basketball players, and even soccer players. Deals are becoming larger and larger and shorter and shorter. In 1981, Magic Johnson signed a 25 year, $25 million dollar deal, which averages $1 million per year in annual salary. In 2021, Steph Curry signed a 4 year, $215 million dollar deal, which averages almost $54 million per year. Because the game of basketball has grown and become more international, the amount of revenue being generated has also begun to grow as well. The music industry is seeing the same amount of growth.

In May of 2020, Goldman Sachs released a report which stated that the music industry's revenue would grow to $131 billion by 2030. Just as the sports salary cap has grown, so will the music industry salary cap. With that being said, you don’t want to be stuck in an agreement that is so long that it doesn’t take into consideration the growth of the industry. Discuss this with your lawyer and explain to them that you want to make sure you’re not too locked in and can’t benefit from the success of your peak years.

4. You have no ownership

Ownership and having a seat at the table are more important than ever. Without ownership, you essentially have no control, and you’re going to be at the mercy of who owns and controls what you create. Always look to have ownership in anything that you’re doing. With your masters, you can maintain ownership through the use of a distribution deal. With your publishing, you can maintain ownership through the use of publishing administration. For your merchandise and touring, there are always managers and agents that you can hire for a fee to help you. This is always a great option instead of assigning over your ownership rights to a person in exchange for a large advance. Always think about this and try to maintain as much ownership as possible. This is incredibly important to secure your future and your legacy.

5. Your business partner does not want to share their track record

Last but not least, it’s important to look at the success rate of who you’re doing business with and who they’re doing business with. Look at the producers and artists that your potential business partner has worked with that are successful, and look at the careers that have stalled or even failed. You want to make sure that before you sign any deal, you ask tough questions about why certain projects or ideas succeeded, while others failed. Then, go to the person producer or artist responsible for that success or failure and get their side of the story. As I stated earlier, this may seem trivial, but it's critical in business and can have a profound effect on whether or not you should do that venture. If the potential business partner is not truthful or willing to talk about their successes and failures, then they might not be the best
person to do a deal with.

Learn more about the legal side of the music industry with Music Attorney Kyle Brown on our BeatStars Live Show 'Protect Your Art'.
VIEW LIVE SCHEDULE

Learn more about the legal side of the music industry with Music Attorney Kyle Brown on our BeatStars Live Show 'Protect Your Art'.
VIEW LIVE SCHEDULE

Written by Kyle Brown
Junior Legal Assistant @ BeatStars
Kyle Brown is an Attorney at Beatstars and a lover of everything music, law, and travel.
you may be also interested in...
PUBLISHED . Jan 26, 2022
by Allison Belcher

How to Build an Electronic Press Kit (EPK) For Your Music

10 Vital Tools That Will Help Grow Your Beat Business

How to Set Your Beat Business Up For Success in 2022

How to Create a Beat Selling Marketing Plan

How to Be Consistent when Selling Beats Online

Why You Should Accept Stripe Payments When Selling Beats