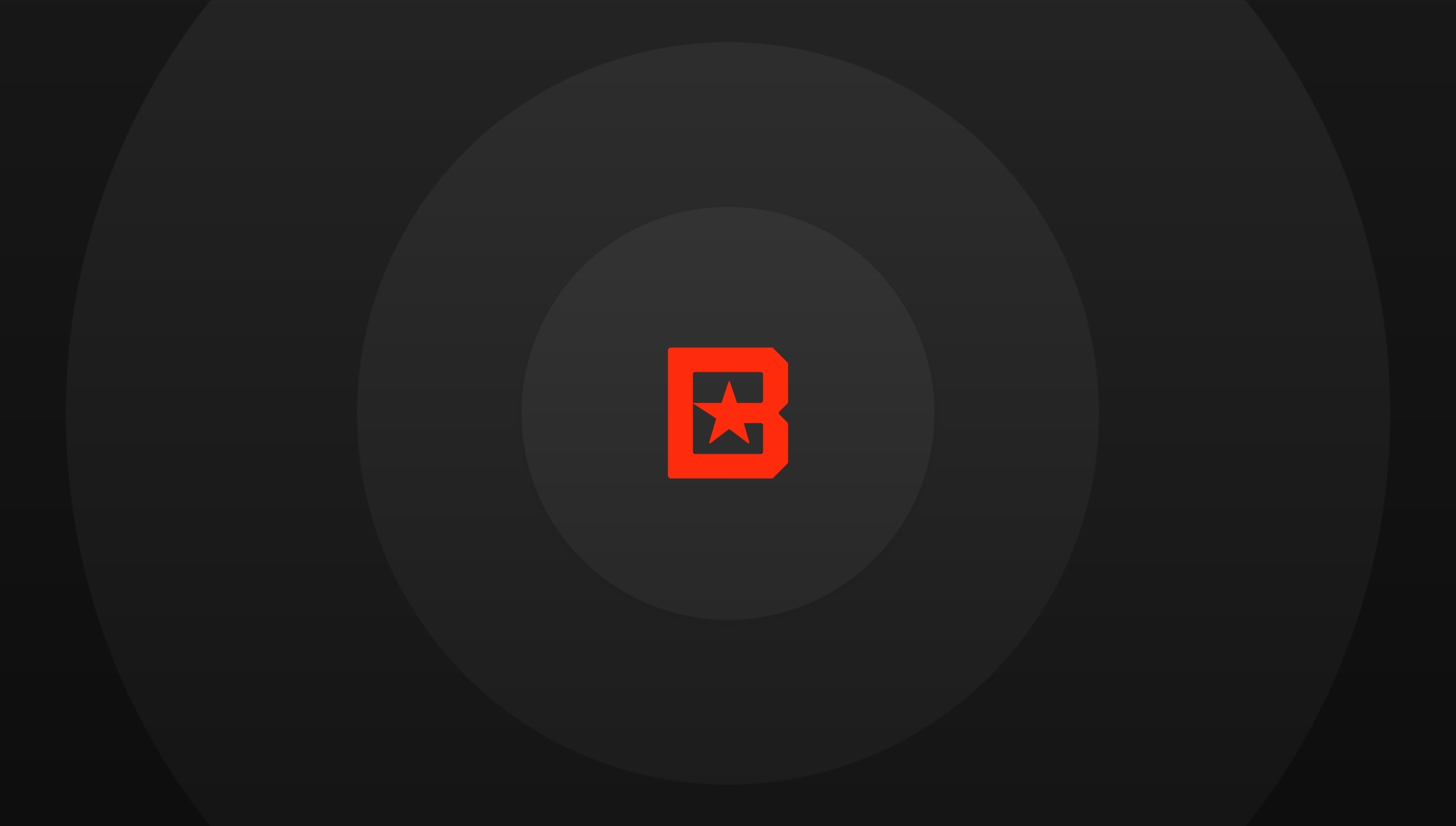 To come up with a definitive answer, I listened to hundreds of tracks across all eras of trap, sub-genres, and different producers.

(And if you’re wondering “who is this guy?”, skip all the way to the bottom, more on me below) 🙂

Let’s get into it!

What Is The BPM of Trap?

The average tempo of trap music is about 140 BPMs (Beats per minute).

In fact, I reviewed the BPMs of over 50 of the most popular trap songs of all time, and the average range falls between 130-150 BPMs.

Part of the confusion about the “correct” tempo for trap comes from the fact that producers will often set the metronome in their DAW to 2x the actual speed of the trap beat.

What is Normal BPM?

The normal tempo can be found by assigning the main snare hits to beats 2 and 4. So according to normal BPM, most trap songs are actually about 70 BPMs, but you’ll be setting your DAW to about 140BPM

You might choose to set your DAW BPM to normal time if you come from a more traditional music background and it’s easier for you to think this way. Or perhaps for some of you, you can simply feel the music better with less clicking of the metronome.

The Double tempo is found by simply doubling the normal BPM, or tapping the beat while keeping the snare or clap hits on beat three.

I’ll also call this “DAW BPM” because it’s the BPM most producers will use to create a trap beat. It’s double the actual tempo (if you use the snare on 2 and 4)

Most trap producers tend to set the DAW to double the actual BPM. You may find this easier to do for programming fast drum rolls, or for feeling the subdivisions better.

The Exception: “Half Time Feel”

Below, you’ll see I consider “No Long Talk” by Drake to be in a half time feel. (Visit the Spotify playlist to listen)

Let’s look at why:

I think some of the confusion of what Trap BPMs are comes from these outlying examples when the tempo is actually a half time feel.

Since you’re likely all beatmakers, artists and producers here – the rest of this article will use what I’ll call double time or DAW time for the BPMs.

Also, you can find all the songs below in this Spotify playlist going from the slowest to fastest tracks – and of course you can check out BeatStars’ extensive collection of Trap Beats in our playlist here.

Let’s start with a few examples from the most common range of about 135-150 BPMs.

As you can see from this sample of some popular trap songs covering a wide range of time periods, if you want to make a standard trap beat, make it between about 135-150 BPMs (remember this is “DAW” tempo or double tempo. It’s actually about 68-75 BPMs in normal musical time.

It can be useful to know these songs fall into a slower BPM than most trap songs, because if you catch yourself saying “I really want to make a trap beat like [fill in the blank… Bodak Yellow]… why doesn’t it sound right??” you might be in the wrong tempo range.

BPM, in this case, can help you get into the right feel or vibe, but again won’t define the end result of your beat.

Here’s one of the slower Trap beats on BeatStars I could find, by Cxdy – 110 BPM:

I have personally noticed that as trap evolves, producers are pushing the tempo extremes more and more – so if you want to make a more “modern” sounding trap beat that sounds like it’s pushing boundaries, I’d play in these more extreme tempo ranges (slow or fast).

Here’s a tip for you all — it’s harder to find faster trap beats — so if you’re looking to stand out, maybe try creating some in the 161+ range 🙂

Don’t forget! You can spin all these tracks from slow to fast in this Spotify playlist I made for you 🙂 It’s also a really great walkthrough trap history.

The BPMs of Some Trap Sub-genres

Since this is BeatStars after all, the above lists mainly stick to standard rap based trap 🙂 They are most relevant to those of you producing beats for vocalists to use.

However, it may be good to be familiar with the tempos of other trap based music:

If you want to make a more R&B based Trap beat, which might have sung vocals and not just rapping but also singing, trying starting with slower BPMs in the range of 100-130 BPMs on your DAW. Although many R&B style trap beats can be faster now as well, R&B Trap tends to be on the slower side.

*You’ll notice I included some R&B based trap in the main list – that’s because often the lines are blurred between hip-hop, rapping, singing, and R&B. All the R&B style beats tended to be on the slower side – ie: Oui

The BPMs of Latin Trap vary wildly because all Latin styles of music have different BPM ranges. And because Latin styles are based on dance tempos the BPM is a defining factor of these styles.

For example, reggaeton is usually about 90-100 BPMs. So reggaeton trap should be in a similar tempo range.

If you want to make a “traditional” EDM Trap track you’ll probably want to set your DAW BPM to about 150* and stay within the range of 135 to 170.

*To determine the average BPM of EDM trap, I took the average of all the tracks from “All Trap Music” which Wikipedia cites as being one of the first significant collections of EDM Trap. While EDM trap has surely evolved, and thus expanded and stretched the acceptable BOM ranges just like hip hop based trap, 150 gets you close to the most commonly used tempo of original EDM trap.

I admit I have less technical knowledge of Future Bass styles and production – but what I can say is Future Bass tempos are all over the place. I listened to about 25+ popular future bass tracks and there is very little if any consistency in tempo range. If you want to make future bass and are wondering the BPM I suggest finding the BPM of some of your favorite tracks…

How To Find The BPM of a Song

The best way to learn about tempo, how tempo choice impacts your production and helps you achieve a certain feel is to make a habit of finding the BPMs on your own. That way if you hear a song you want to emulate, or if you’re making a type beat, you can just use a similar BPM.

The Tempo (BPM) Does Not Define Trap

You may have noticed something. While it can be very useful (I’d argue required if you take production seriously) to be familiar with trap BPMs, at the end of the day the BPM is not a defining factor of the trap genre.

This is unlike many other styles of music across history – such as Disco, Salsa, Waltzes – which have to lie within certain BPMs because they are based on things like dance tempos.

For music to be “trap” you need elements like hi-hat rolls, an 808 bass, dark chords, textures or loops – but so long as the vocalist using your beat is comfortable, you can creatively use whatever BPM you want.

So if you’re saying “I want to make a trap beat, what’s the right BPM” — they’re technically no right or wrong BPM.

However, you can use this knowledge of the common BPMs used by various artists, producers, time periods to achieve the sound you want in your beats.

Since this is my first post on BeatStars, and probably the first time you may have ever heard of me, I wanted to give a quick intro 🙂

But prior to that, I was a full time gigging musician and music educator. My (now-defunct) live hip-hop band made an album and opened for the Roots in 2006.

And in the last year or so I’ve gotten really serious about beat making, and like many of you, are at the beginning of my journey as a beatmaker (you can get a good sense of this journey from my Instagram)

I was recently hired by Abe and BeatStars to help BeatStars with SEO and Digital Content. Because of my music background, content creation experience and my consulting role at BeatStars we thought I could help provide a lot of value to you, the BeatStars community, by creating some content to help producers.

Got anything you’d like me to cover for you next?

Written by BeatStars Staff
Residing all over the world, the BeatStars staff aim to supply creators with the resources they need to disrupt the music industry.
you may be also interested in...
PUBLISHED . Aug 17, 2016
by BeatStars Staff

How To Bulk Upload Tracks on BeatStars.com - BeatStars' Official Blog

The Ultimate Guide To Selling Beats On BeatStars - BeatStars

Why BeatStars Is The Best Place To Sell Sound Kits

If you have a BeatStars Marketplace, selling beats is likely your primary revenue source.

What is a Split Sheet?