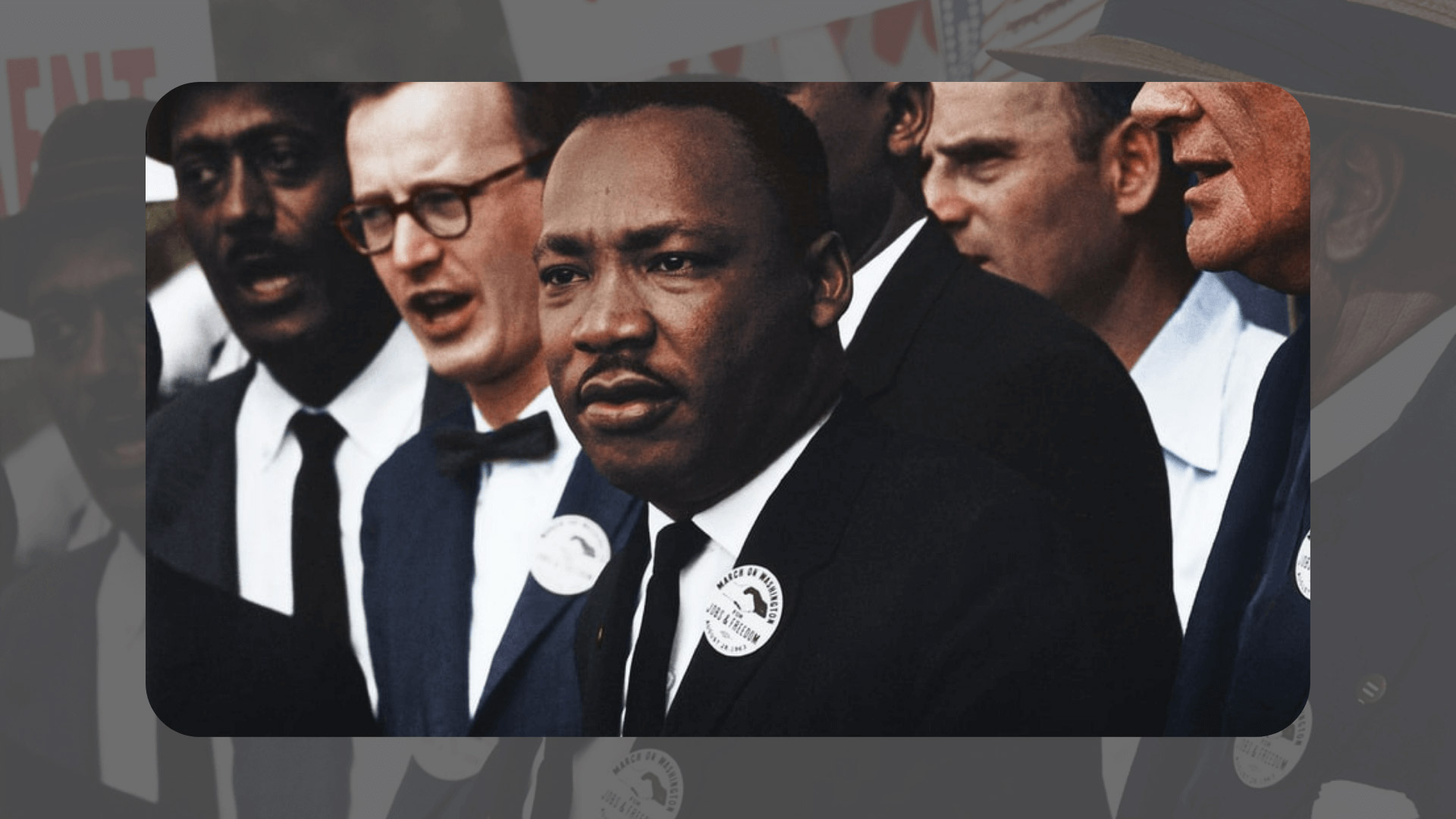 On April 9th, 1968, Stevie Wonder flew to Atlanta for Martin Luther Jr.'s funeral, joining tens of thousands of people, including Aretha Franklin, Diana Ross, Harry Belafonte, and a long list of civil rights leaders and politicians. The teen music sensation was in shock, having experienced first-hand the vileness of segregation and racism. Wonder's journey of overcoming the resistance of conservative politicians and citizens began that day as he joined his local representative John Conyers at King's funeral. Conyers had just introduced a bill to honor King and his legacy by making his birthday a national holiday. Over the next few decades, Wonder would put his career on hold, leading coast-to-coast rallies and inspiring hundreds of thousands of Americans to join his efforts in getting Martin Luther King Jr the recognition and respect he deserved.

You know it doesn't make much sense
There ought to be a law against
Anyone who takes offense
At a day in your celebration 'cause we all know in our minds
That there ought to be a time
That we can set aside
To show just how much we love you
And I'm sure you would agree
What could fit more perfectly
Than to have a world party on the day you came to be
….
Why has there never been a holiday
Where peace is celebrated
All throughout the world
The time is overdue
For people like me and you
Who know the way to truth
Is love and unity to all God's children

After years of performing 'Happy Birthday,' rallying, and raising support for the push to make MLK Day a national holiday, reluctant President Ronald Reagan, who initially preached opposition to the bill, signed the bill into law in November of 1983 after the bill passed 78 to 22 in the Senate.

Every February, the U.S. honors Black Americans' contributions, triumphs, and sacrifices throughout history. In observance of this year's Black History Month, BeatStars is bringing attention to organizations advocating for Black creators and a more equitable music industry overall by adding three new organizations to the Beats4Love roster.